Can we break down the pay to play barriers?

Can we be a catalyst for that change?

The answer my friends is absolutely and resoundingly, Yes.

It is with great excitement that we announce a Cauldron outreach effort that has been years in the making and now coming to fruition. The Cauldron Futsal Initiative in partnership with the KC2026 World Cup Bid.

The Goal: Help build 48 courts in the Kansas City area. Specifically, in communities that have limited exposure to the game and lack the resources to establish courts.

Why is this important? Great players like Pele, Messi, Ronaldo, and Xavi have all come from playing Futsal. Sometimes, in alleys, tennis courts, parks, or the middle of the street. We want to help make sure that Kansas City’s next great athletes grow up playing our game without barriers. We do that by providing open opportunities to learn that game and play every day. These projects are how we grow the game from the very root and make the United States the global soccer power we should be with Kansas City at the heart of that movement.

Even more important is that we have the potential to change communities in need. Thriving neighborhoods generally revolve around a center of community interaction. Unfortunately, many communities around the city lack these hubs. These courts provide kids an alternative to the couch or pursuing destructive life choices. We also empower an organization invested in that community to engage deeper by giving them ownership of the project. We have seen this work. When Sporting built the first Futsal court in preparation for the all-star game at Wyandotte High School, the court had to be painted three times before it even opened. Kids could not wait to play the game. Today, six years later, banners that were hung by the Cauldron are still 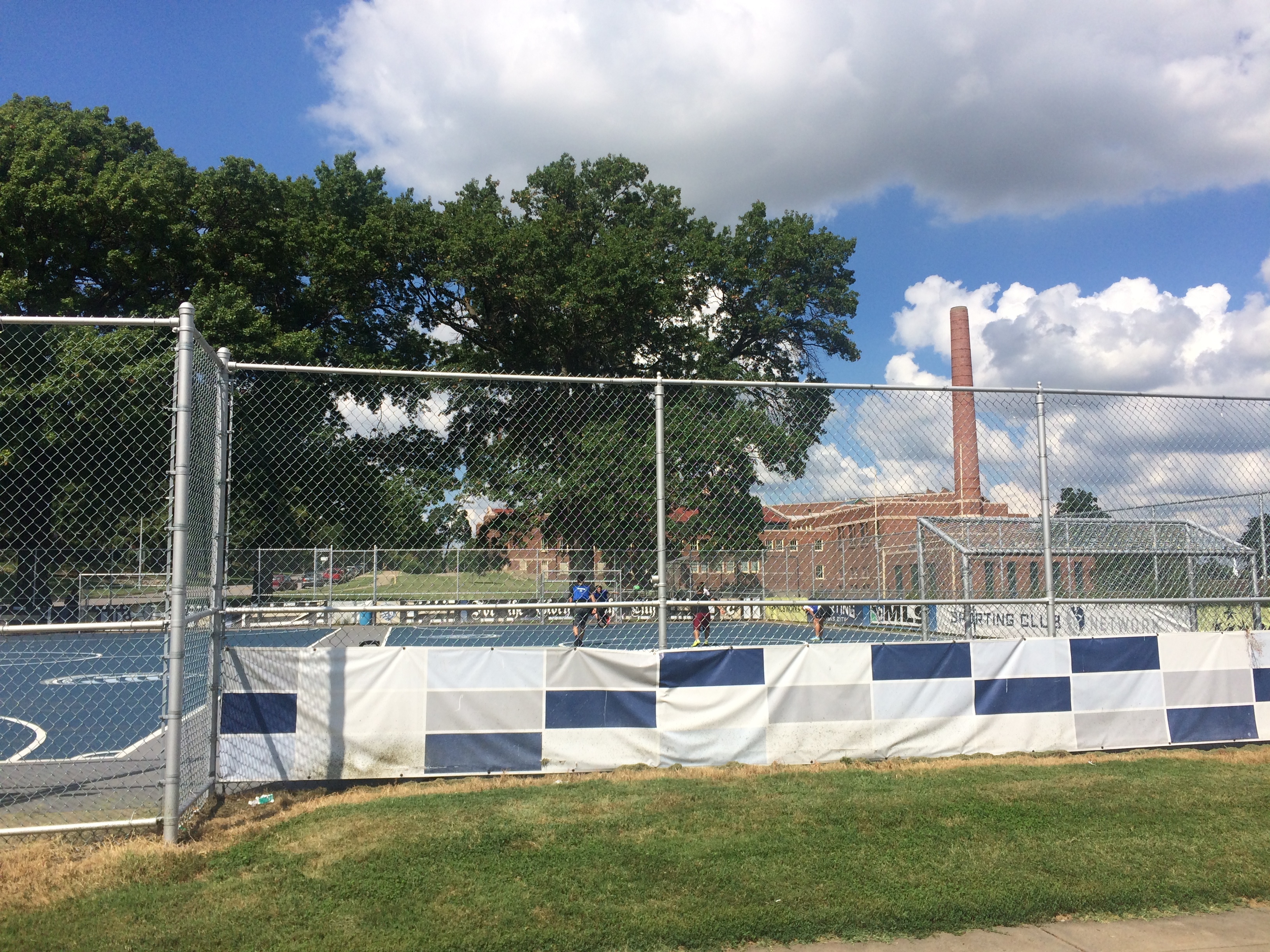 hanging in perfect condition because the community values what it has added.

This organization has grown around the game that we love. It’s also driven by the passion our city has and a desire to improve the game. Now is the time to give back and be the change we want.

We already have our first project under review for feasibility and look forward to announcing that very soon.

What’s the hurdle? Money. Courts don’t just pop up. It takes a financial investment to make them happen. It will also require human resources to help complete the projects and add things like park benches, plant trees, do some landscaping, etc. We can be that workforce, and we can be the engine that helps raise that money.

In addition to fundraising events, we want to identify individuals and companies that are willing to match our annual fundraising efforts. The goal is to turn $20k into $2m through matching partners. Bid KC 2026 has already agreed to match us along with several other individuals that will be announced very shortly.

Are you someone that wants to match us? Contact us to become a partner today at futsal@kccauldron.com

Get ready to change the game and communities with us.

FOR THE GLORY OF THE CITY

Wondering what Futsal is?

Futsal is an exciting, fast-paced small sided soccer game that is played across the world and is officially recognized by both FIFA and UEFA.

Futsal earned the status of FIFA’s official form of indoor soccer in the 1980s as it was recognized as a scaled-down version of outdoor soccer played indoors.  It is a 5 v 5 small-sided game played on a hard surfaced, basketball sized court with a smaller, low bounce ball.  Futsal is played with touchline boundaries and without walls.

Futsal places a large emphasis on technical skill in high-pressure situations which can be translated into the outdoor game.  The sport is a great skill developer as it demands quick reflexes, fast-thinking, and pin-point passing.

Futsal is played in all the continents of the world by over 100 countries with 12 million players.  Great soccer superstars such as Pele, Zico, Ronaldo, Messi, Kaka, and Katia grew up playing the game and credit futsal with developing their skills. More…

For more information or to get involved email futsal@kccauldron.com